The Challenger Generation novella is the next book scheduled to be released. In the meantime Jackson Badgenoone and her colleagues are busy at work on several High Water Marker books.

Once Jackson found her voice in the Hidden Treasure of Dutch Buffalo Creek, she knew that there were many more stories to write. Keep watching this website to learn when the future books in the series will be published.

You are invited to help select the High Water Marker book that you would like to see published next. The publication schedule will be determined in large measure by the selections requested from my readers. 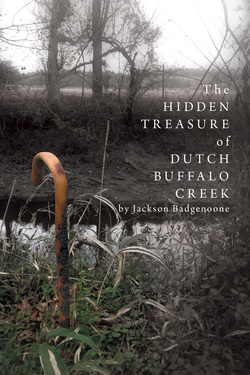 The Hidden Treasure of Dutch Buffalo Creek   was the first of thirteen books that are scheduled to join the library of Hidden Treasure Novels.
Neverborn  a novella sequel was published in April 2018. It will be joined by novellas:
Challenger Generation  and
The High Water Markers series, books about lives being observed by:
Anna
Bernadette
Christopher
Daniel
Elizabeth
Frederick
George
Henry
Israel
Jackson

Hidden Treasure Novels began with the publication of an award-winning debut novel, followed by a sequel novella and several short stories.The author of those stories and founder of this enterprise also manages a newspaper column that encourages aspiring authors to publish the hidden treasure in their stories. Some of those stories are featured on this site. The founder and contributing authors are available to meet with your organization, and will tailor presentations to explore your hidden treasure.

Help decide what book in The Hidden Treasure Novel Series is published next.
Select